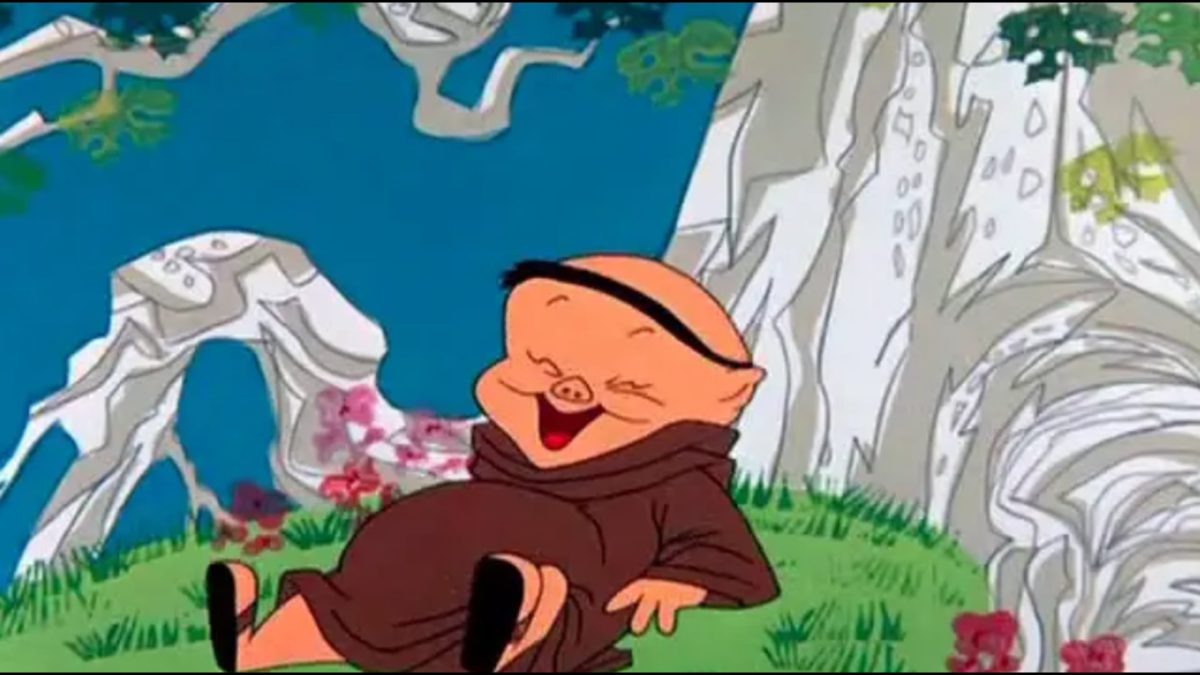 On Porky Pig’s farm, Miss Prissy, a slow-witted hen, has never laid an egg. So, one of her fellow hens paints Prissy’s name on an egg and places it in Prissy’s nest. Prissy believes she laid the egg and proudly refuses to let Porky have it to give to a market’s truck. Porky takes the egg from her and gives it to the driver of the truck. Prissy follows the truck to a nearby city, determined to regain her egg. She grabs it from a woman in a house and flees. Convinced she’s being chased by police, Prissy takes refuge in a run-down building where Pretty Boy Bagel, an escaped criminal, is also hiding out.