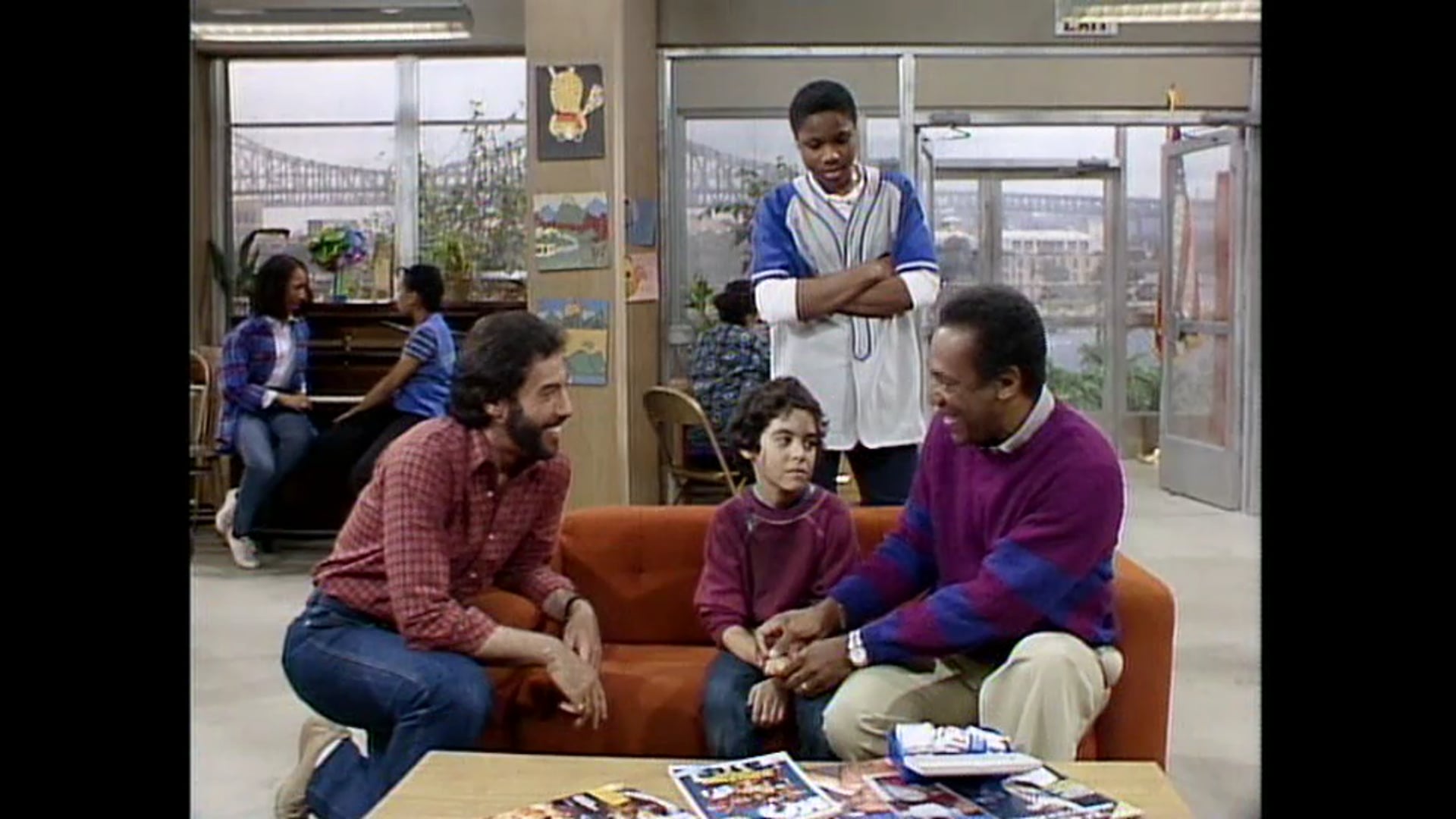 The Cosby Show Season 1 Episode 23 – Singer Tony Orlando guest stars as a man who runs an activity center where Dr. Huxtable is giving a class to expectant mothers. Tony’s character has a girlfriend who also works with him. Thanks to Theo, he encounters and helps a boy who refuses to speak out of his fear of strangers. He has also just been teased and beaten up by other kids. Tony finds out who his mother is and while waiting for her, tries to get “Mr. Quiet” to talk.